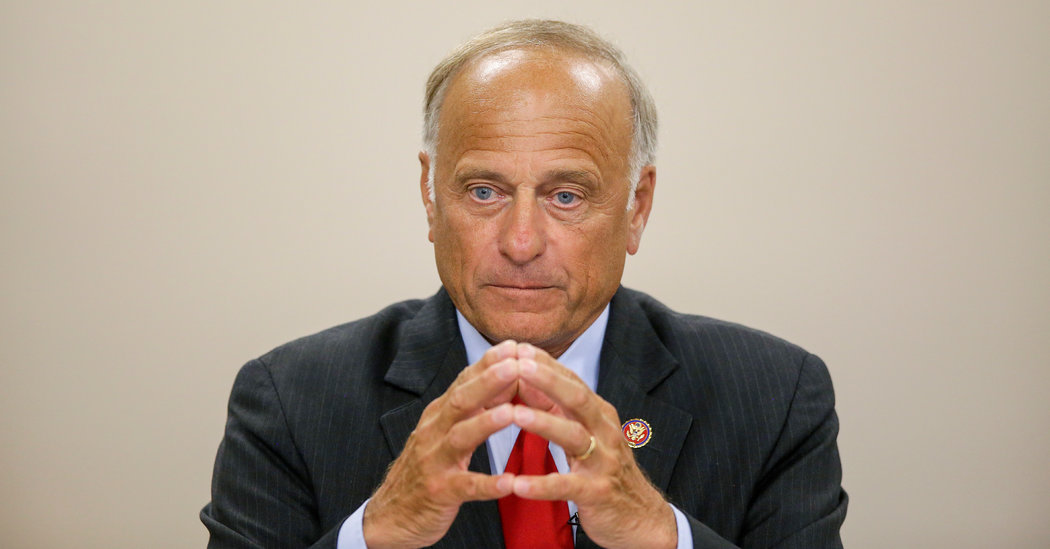 Representative Steve King of Iowa, a Republican whose history of making racist and divisive remarks led him to be stripped of his committee assignments earlier this year, questioned Wednesday if there would “be any population of the world left” if it were not for rape and incest.

Mr. King, who represents a deeply conservative district in northwest Iowa, made the remarks to the Westside Conservative Club in Urbandale, Iowa, as he explained his opposition to exceptions for rape and incest in anti-abortion legislation.

“It’s not the baby’s fault,” Mr. King said in video of the comments published by The Des Moines Register, which first reported the story.

“What if we went back through all the family trees and just pulled those people out that were products of rape or incest? Would there be any population of the world left if we did that? Considering all the wars and all the rapes and pillages that’s taken place, and whatever happened to culture after society, I know that I can’t certify that I’m not a product of that. And I’d like to think every one of the lives of us are as precious as any other life.”

A spokesman for Mr. King did not immediately respond to a request for comment.

Mr. King’s latest remarks come just over a week after J. D. Scholten, a Democrat who nearly defeated him in 2018, announced that he would run again for Mr. King’s congressional seat in 2020. Mr. King defeated Mr. Scholten by just 10,000 votes last November.

“Yet again, Steve King puts his selfish, hateful ideology above the needs of the people of Iowa’s 4th district,” Mr. Scholten said in a statement on Wednesday. “Excusing violence — in any way — is entirely unacceptable.”

Senator Kirsten Gillibrand of New York, who has made fighting for women and their reproductive rights central to her presidential campaign, called on Mr. King to resign.

“You are a disgrace,” she said in a tweet.

During his nine terms in Congress, Mr. King has publicly promoted white nationalists and neo-Nazis on Twitter and frequently insulted immigrants. He once famously said that for every child of an undocumented immigrant who becomes a valedictorian, “there’s another 100 out there who weigh 130 pounds and they’ve got calves the size of cantaloupes because they’re hauling 75 pounds of marijuana across the desert.”