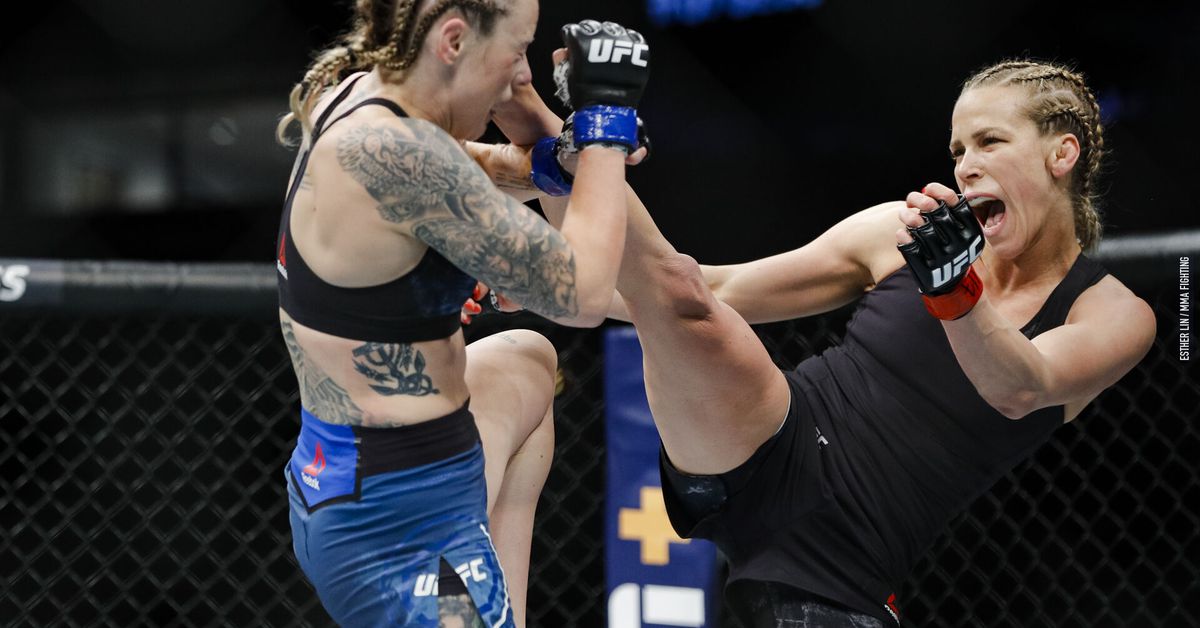 The next flyweight title challenger will likely emerge from a fight between Katlyn Chookagian and Jennifer Maia announced by the promotion for the upcoming UFC 244 card at Madison Square Garden in New York City on Nov. 2.

Chookagian (12-2) is coming off a decision win over Joanne Calderwood in June, improving to 4-1 over her last five appearances under the UFC banner. The 30-year-old fighter holds wins over the likes of Alexis Davis, Lauren Murphy, Sijara Eubanks, Irene Aldana and Mara Romero Borella.

The UFC flyweight queen, Valentina Shevchenko defended her throne with an unanimous decision last week in Montevideo, defeating Liz Carmouche after five rounds in the main event of UFC Uruguay.

The UFC has yet to announce which bout will headline UFC 244 at Madison Square Garden.