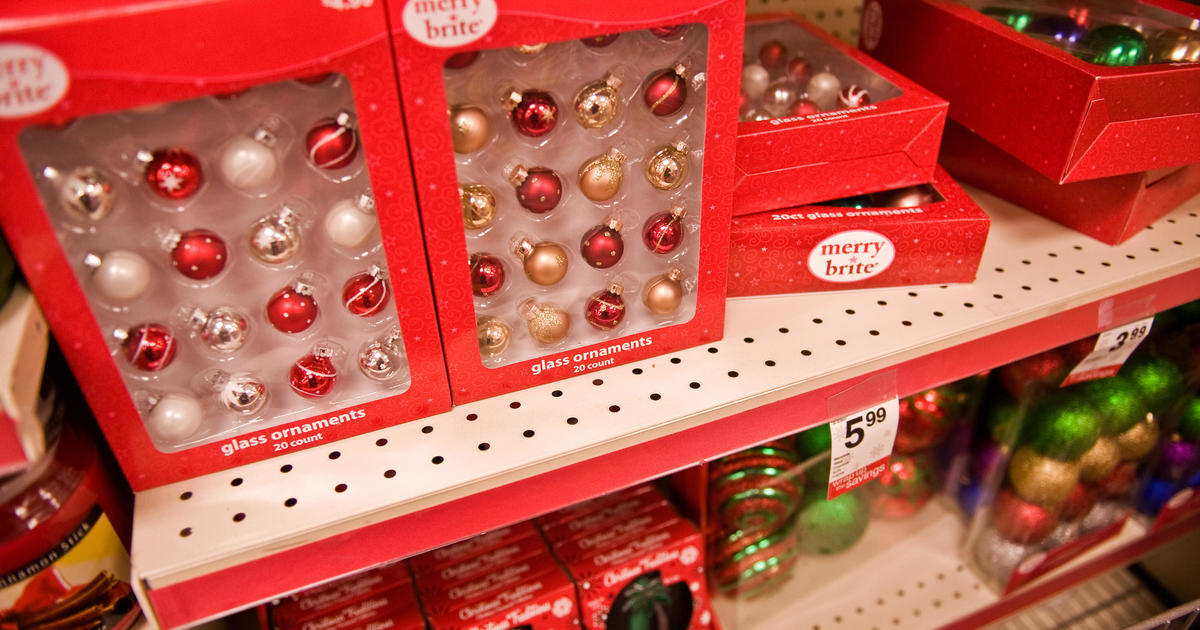 The U.S. announced it will not impose a 10% tariff on certain Chinese products starting Sept. 1 and is pushing back planned duties on a range of popular consumer goods, sending stock markets surging.

“Certain products are being removed from the tariff list based on health, safety, national security and other factors and will not face additional tariffs of 10 percent,” the Office of the U.S. Trade Representative said Tuesday. The agency did not specify which items would be stricken from the list.

Tariffs on other items will be delayed until Dec. 15, the USTR said. That leaves time for items to be shipped to the U.S. ahead of the holiday rush. Those items include cell phones, laptops, video game consoles, computer monitors, holiday lights and some types of toys, shoes and clothing. President Trump specifically linked the delay at least in part to holiday shopping.

“We’ve delayed it so it won’t be relevant for the Christmas shopping season,” President Donald Trump told reporters as he left for Pennsylvania Tuesday.

The retail industry, which had lobbied for exemptions, cheered the move.

“Clearly, the administration understands the importance of avoiding higher taxes on American families during the holiday season. Still, continued uncertainty for U.S. businesses and consumers is a drag on the economy,” said David French, senior vice president for government relations for the National Retail Federation. He reiterated the group’s opposition to using tariffs as a tactic to change China’s approach.

Economists at Goldman Sachs on Sunday lowered their economic forecasts, citing the impending tariffs on consumer goods. Bank of America Merrill Lynch recently raised their odds of a recession in the next year to roughly 33%, up from about 20%.

“We are worried,” Michelle Meyer, Bank of America Merrill Lynch’s head economist, wrote in a note on Friday. “We now have a number of early indicators starting to signal heightened risk of recession.”

New U.S. tariffs on China have increased uncertainty for businesses, which experts say could cause them to curb hiring and investing in new equipment. Mr. Trump’s duties on Chinese goods have also pushed stock prices lower, which could depress spending by wealthier Americans, Goldman said.

While stocks of retailers and some consumer goods including Apple, Best Buy and Mattell rose on the news, some retail groups reiterated they oppose the use of tariffs as a way to negotiate with China on trade.

“Rebalancing” trade with China is “of critical importance, but taxing U.S. companies, U.S. consumers, and the U.S. economy is not the way to achieve that goal,” said Rick Helfenbein, CEO of the American Apparel & Footwear Association said in a statement.

That was a sentiment echoed by Naomi Wilson, senior director of policy for the Information Technology Industry Council, a group representing technology companies in Washington.

“While we appreciate the delay, tariffs – even the threat of tariffs — hurt consumers, rattle markets, disrupt supply chains, increase costs, and create uncertainty across economies,” Wilson said. She urged the administration to stop “creating an environment of extreme uncertainty.”

Some experts also said the move to push back tariffs doesn’t mean the U.S. trade war with China is over.

“The three-month delay to the imposition of tariffs on more than half of the $300 [billion] of Chinese imports, originally scheduled to take effect next month, is obviously designed to avoid a politically damaging rise in consumer prices ahead of the holiday season,” Andrew Hunter of Capital Economics said in a report. “It should not be misinterpreted as a sign that trade tensions are easing.”

Some items subject to a 10% tariff on Dec. 15, according to the USTR list:

Some items subject to a 10% tariff Sept. 1, according to the USTR list:

— The Associated Press contributed to this report.