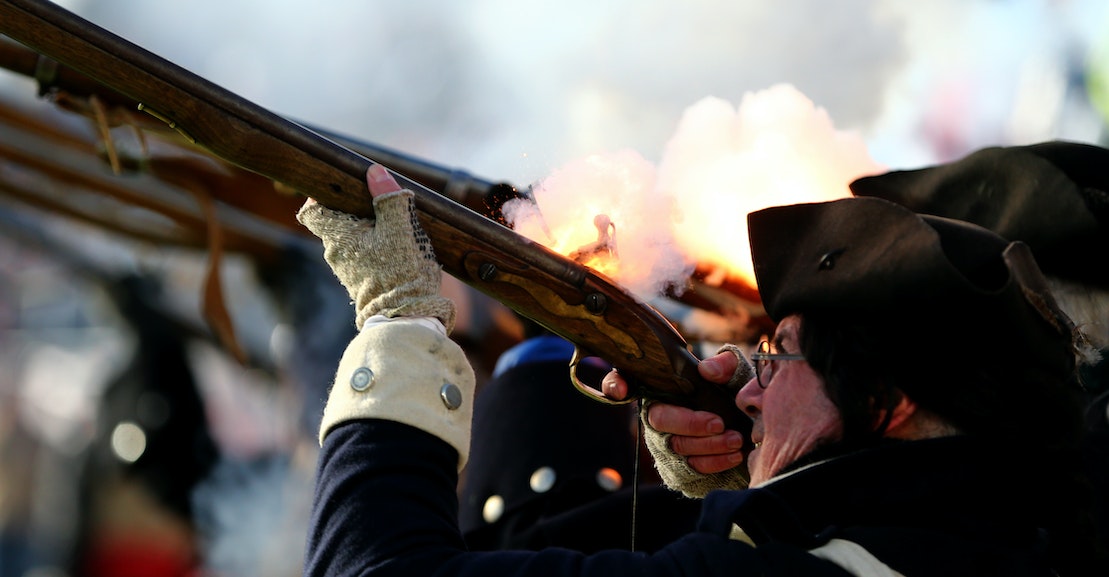 The past week’s string of horrific mass shootings already
have triggered a predictable set of reactions from across the political
spectrum—but especially among Republicans. GOP leaders typically frame the
question of gun violence as an outgrowth of personal or cultural pathologies—mental
health, the decline of family values, and video game addiction, among other
maladies. Focusing the debate on these issues conveniently deflects attention
from any government efforts to effectively regulate access to guns, which
Republican politicians and the conservative donor class regard as both counterproductive
and contrary to the original understanding of the Second Amendment. Yes, many Republicans
and gun rights advocates are convinced that Americans need greater access to guns
and fewer regulations to constrain gun ownership.

Democrats,
meanwhile, will fall back on some sensible, but decidedly incremental
suggestions for change: universal back background checks, “red flag” laws
permitting family or friends to temporally remove guns from individuals deemed
to be a danger to themselves or others, and assault weapons bans. The stalemate
over gun policy, particularly in a new era of weaponized white supremacist
terror, feels woefully unequal to the real and immediate challenges before us. The
time has surely arrived for some bold thinking about this problem.

As
part of this comprehensive reappraisal, we need to tackle head-on the most
stubborn political obstacle to meaningful progress on fashioning effective gun
laws: the myths attached to the Second Amendment to the Constitution. This long-embellished
mythology is so powerful that before his death, retired Justice John Paul
Stevens even suggested repealing or rewriting this feature of our Constitution
to facilitate this process of change. Some commentators indeed interpreted Stevens’s
suggestion as a vindication of the fatalist view that the Second Amendment will
always thwart effective reform efforts: How can we do anything significant and
not run straight into “America’s
First Freedom?”

But
the actual background to the constitutional protection of the right to bear
arms tells a very different story. Although Republicans and gun rights
activists love to invoke the Second Amendment, few understand much about its
fascinating history. We’ve settled for much too long on a Hollywood version of
the early American republic that features trigger-happy Founders such as Thomas
Jefferson and frontier folk heroes such as David Crockett, Kentucky Rifle in
one hand and Bowie Knife in the other. Yet the prevalent mythology and the historical
reality seldom line up. Exposing these myths is of course essential to
fostering a calmer and more intelligent debate about future gun policy—but beyond
that, it also turns out the Founders supported a quite robust view of gun
regulation that would surprise most Americans. In fact, contrary to the potted
propaganda now passing as serious history and effectively marketed by the gun
lobby, some of the Founding generation’s approaches to regulation may offer guidance
for how to move beyond our current impasse.

Supporters of an anachronistic libertarian reading of the
Second Amendment have made Thomas Jefferson the unlikely poster boy for their
cause. As was true for many in the Founding generation, Jefferson was certainly
fond of his guns. He famously wrote that “as to the species of exercise, I advise the gun.” To promote
a healthy body, he recommended that “your gun therefore be the constant
companion of your walks.” But Jefferson was not suggesting that one pack heat when
heading down to the local tavern to pick up the latest political news. Jefferson
was a large land owner who lived in the western part of Virginia; he owned
almost 5,000 acres of largely contiguous land in the western part of his home
state. Walking with a gun in a heavily forested area one third of the size of Manhattan
is rather different than packing heat in a Walmart, county fair, or bar. Moreover,
Jefferson understood the difference between traveling armed in a densely
populated areas and hiking or riding in the mountains of his home state—a distinction
Jefferson himself drew out in a letter he wrote about a fine pair of Turkish
pistols he owned:

I
fixed one in a wooden holster to hang in the loop of the pommel of my saddle to
be handily taken out & in, having used it daily while I had a horse who
would stand fire. I had other holsters also made for both to hang them at the
side of my carriage for road use; & with locks & staples to secure them
from being handled by curious people.

In other words, Jefferson’s
guns were at the ready when hunting on his lands, but he was equally adamant
that his firearm needed to be firmly secured when traveling on the public
roads. A popular eighteenth-century American legal
text likewise made it clear that armed travel in places where large numbers of
people congregated was a crime under common law. What modern Republicans and
most gun rights advocates have forgotten is that the right to bear arms was
always weighed against another right the Founders esteemed highly: the peace.

The concept of the peace has been
all but lost to modern Americans, who typically think about liberty almost
exclusively in negative terms. It is relatively easy to conceptualize liberty
as a limit on government overreach, but it is much harder for contemporary Americans
to understand the importance of positive conceptions of liberty, including the
right to enjoy the peace. Here is how one early American law book from the era
of the Second Amendment described this concept: “the term peace, denotes
the condition of the body politic in which no person
suffers, or has just cause to fear any injury.” The primary enforcers and conservators of the peace
in both England and early America were local justices of the peace. These
individuals, typically prominent and respected men in the local community, had
broad and far-reaching powers that included the ability to preemptively disarm
anyone who posed a potential threat to the peace—a type of power that reformers
are now trying to revive, in vastly diluted form, by adopting red-flag gun legislation.

Today’s stilted gun debate reflects an impoverishment of our moral and political imagination.

So seen in the broader sweep of America’s
social and legal history, today’s stilted gun debate reflects an impoverishment
of our moral and political imagination. We have maintained and valorized the
negative freedom at the core of the gun lobby’s version of the Second
Amendment, but lost the countervailing positive vision of freedom and the
related ideas of local and communal responsibility that were essential to the
preservation of the peace. The world that gave us the Second Amendment was
populated by people who lived in a largely rural society in small communities.
For them, keeping the peace meant forms of policing anchored in their
face-to-face local communities. Modern notions of privacy, including a right to
acquire guns and stockpile weapons, free from government’s prying eyes, were
nonexistent. In fact, the opposite was typically the case: government kept very
close tabs on citizens who had guns and fined them if they were not kept
properly stored and in good working order. The great irony that modern
champions of the Second Amendment have never appreciated is that adhering to
the Founders’ actual vision of the Second Amendment would mean much more
extensive and intrusive regulation of guns, not less. If we wanted to honor the
true understanding of the Second Amendment, we would begin by requiring gun
registration and mandatory fire arms training for all gun owners.

Once we recognize that the right to
enjoy the peace is just as much part of our tradition as the right to keep and
bear arms, we can begin to talk calmly about how the latter right can coexist
with the former, as the Founders wished. In addition to enacting sensible laws,
restoring the Founders’ original vision of the Second Amendment will require
finding ways to bolster the resources of local communities. It will also mean
rejecting the modern libertarian distortion of the Second Amendment and recreating
in new and innovative ways the goal of promoting and protecting the peace.