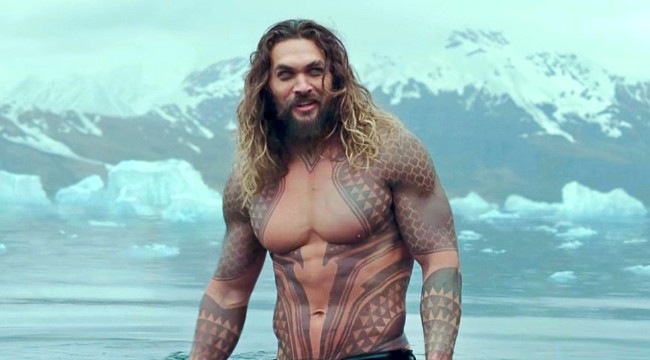 Earlier this month, Internet trolls — as noted by the digital tabloid outlet TMZ — drew attention to Aquaman and Game of Thrones actor Jason Momoa over remarks that he was “[letting] himself go” and gaining a so-called “dad bod.” At the time, comparisons were being made between a recently published paparazzi photo of the star’s beach body and shots of his more chiseled form from the sets of Justice League and his standalone feature film. When TMZ recently caught up with Momoa, however, they asked whether or not the apparent body shaming had offended him in any way. Unsurprisingly, it hadn’t.

“No,” Momoa told the cameraman that was doggedly following him through an airport. “Not at all.”

If anything, the 39-year-old performer leaned into the criticism when he said “anything Guinness is good” after being asked about his apparently having a Guinness-themed birthday cake. (Tomorrow, August 1st, will be Momoa’s 40th birthday.) “Aw, that’s alright,” he added while lovingly patting his belly.

So, let this be a lesson to the would-be body-shaming trolls who joked incessantly about the actor’s looks earlier this month: he doesn’t care about what you have to say. If anything, Momoa’s acceptance of his body’s ups and downs (depending on role requirements and birthdays) is a beacon of hope to the rest of us normals.