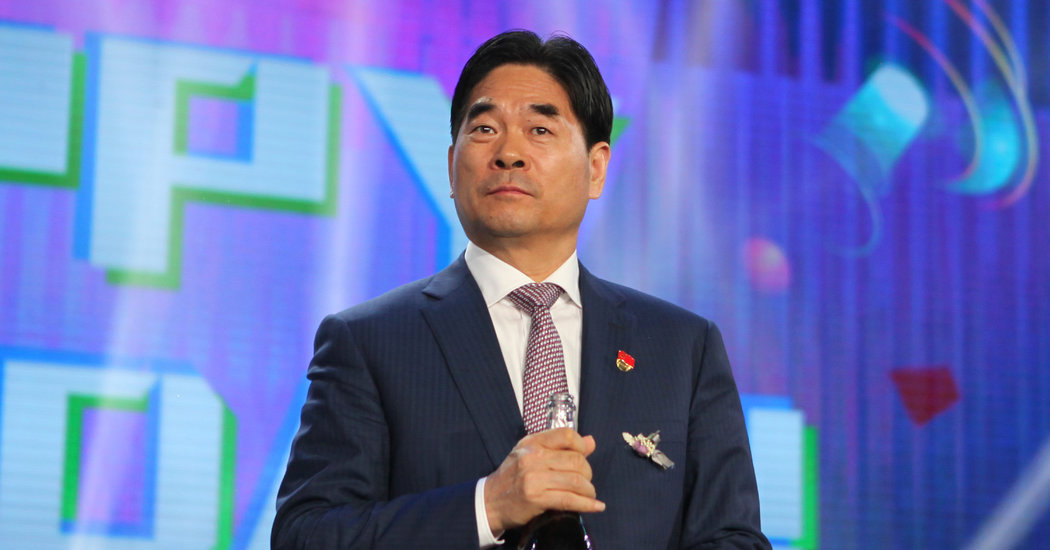 SHANGHAI — The detention of a billionaire Shanghai real estate developer in a case linked by Communist Party officials to the alleged sexual molestation of a 9-year-old girl has triggered a national bout of soul searching in China, where such crimes are rapidly moving toward the top of law enforcement priorities.

Wang Zhenhua, a prominent businessman and philanthropist in China, was detained by the police on July 1 for “personal reasons,” according to his company, Seazen Holdings. The company’s announcement followed articles in Shanghai media last week alleging that Mr. Wang had assaulted a 9-year-old girl.

The Shanghai police have said only that they detained a 57-year-old man with the surname Wang on suspicion of wrongdoing as they investigate a child-molestation incident that injured a 9-year-old girl. The person has not been charged with a crime. But Chinese officials and state media have increasingly criticized Wang Zhenhua — who is 57, according to company statements — after Chinese censors’ initial efforts to block the news reports led to a public backlash. China Central Television, the government’s main broadcaster, called for a full investigation and cited the media reports identifying the detained man as the chairman of Seazen Holdings.

The Communist Party’s powerful Central Committee for Political and Legal Affairs, which oversees the country’s law enforcement agencies and courts, issued a stern commentary over the weekend declaring, “Sexual assault on children will surely be dealt with by the sword of the law, no exception!” The commentary cited the media reports naming the real estate developer and said that “it does not make sense” to pretend he is not the person involved in the sexual abuse case.

On Monday, the Shanghai branch of China’s top advisory body, the Chinese People’s Political Consultative Conference, said it had revoked Mr. Wang’s membership, without detailing why.

A call to Mr. Wang’s mobile phone was automatically forwarded to a message service. No information has been released regarding whether the authorities have allowed him access to legal counsel.

Seazen Holdings, which is China’s eighth-largest real estate company by sales, later released a public apology that did not specify what Mr. Wang might have done but said, “Any action that infringes on juveniles should be punished severely by the law.”

The case has sparked intense discussion in China over the victimization of children. It also follows the arrest in the United States on Saturday of Jeffrey Epstein, the American financier, though he faces allegations that he and his employees engaged in a sex-trafficking scheme involving dozens of girls, rather than a single incident like the one described by Chinese police.

Numbers are scarce, but experts agree the data that does exist probably vastly undercounts instances of abuse across China. The country’s courts dealt with 11,519 cases involving child molestation from the beginning of 2015 to November 2018, according to Xinhua, the state’s official news agency.

Shang Xiaoyuan, the director of the family and child research center of Beijing Normal University and a director of the Child Welfare Protection Council of China, said studies had estimated that 1 percent of all Chinese children were raped and that many times more were put in sexual contact with adults. Girls’ Protection, a Chinese public welfare group, said in its most recent report that the cases made public were “only the tip of the iceberg.”

Over the past two decades, hundreds of millions of people — a group almost as large as the population of the United States — have moved from the Chinese countryside to its crowded cities to seek their fortunes. Tens of millions of children have been left behind in rural areas, often with limited care.

In that environment, the sexual abuse of children has proved hard to control, said Professor Shang. “It’s like a disease which can happen anywhere,” she said.

The usual penalty for child molestation in China is less than five years in prison, said Zhou Hao, a lawyer in Beijing. But if other charges are also leveled, the term could be five to 15 years, he said.

The reports regarding Mr. Wang have led to a wave of online anger in China. That anger intensified after the initial decision of government censors to block online discussions and media reporting of the case. That decision, quickly reversed under public pressure, has raised the question of whether the government is too quick to protect wealthy and well-connected citizens even when they are accused of criminal misconduct. Some Chinese media outlets over the past few days have called sexual abuse of children a national problem, though the instances they have cited mainly involved educators at elementary schools.

Discussions of the incident began last week when Xinmin Evening News, a Shanghai news outlet, reported that a woman identified only as “Ms. Zhou” had taken a 9-year-old girl and a 12-year-old girl from Jiangsu Province to neighboring Shanghai. Local media said that the girls’ parents were friends of Ms. Zhou’s, and that she had told the parents that she was taking the girls to Shanghai Disneyland.

Xinmin said that Ms. Zhou had taken the girls instead to meet Mr. Wang at a hotel, and that the real estate developer had “committed a crime” with the younger girl.

The Shanghai police statement said a Ms. Zhou had also been detained in the child molestation case, but also did not give a full name.

A spate of other Chinese media began publishing similar stories after Xinmin’s, but these quickly disappeared. After the Shanghai police released their statement late last Wednesday, further stories appeared online and were not censored.

Seazen’s Shanghai-traded shares have fallen by more than one-quarter since last week. At an emergency meeting last week, Seazen’s board replaced Mr. Wang with his son, Wang Xiaosong.

Seazen has portrayed Wang Zhenhua as a self-made man. He worked in a state-owned cotton mill in Changzhou, in Jiangsu Province, and started his own textile factory in 1988 before going into real estate in the 1990s.

With real estate prices soaring over the past quarter-century in Shanghai and nearby cities, Seazen’s sales reached $32 billion last year. But like many other property developers, it has been hit by overbuilding and a surplus of empty apartments in many parts of China. In April, the Shanghai Stock Exchange issued a public list of 16 questions for the company about its shrinking cash flow, high borrowing costs and rising number of transactions with related parties.

Seazen had also filed a statement with the Shanghai Stock Exchange in 2016 that Mr. Wang had been investigated by a neighborhood commission in Jiangsu Province for unspecified “personal reasons.”

Mr. Wang is a philanthropist who has donated money for school libraries and instructors in poor areas. According to Chinese media, he visited school groups that benefited from his charity and presented himself to children as “Uncle Wang.”