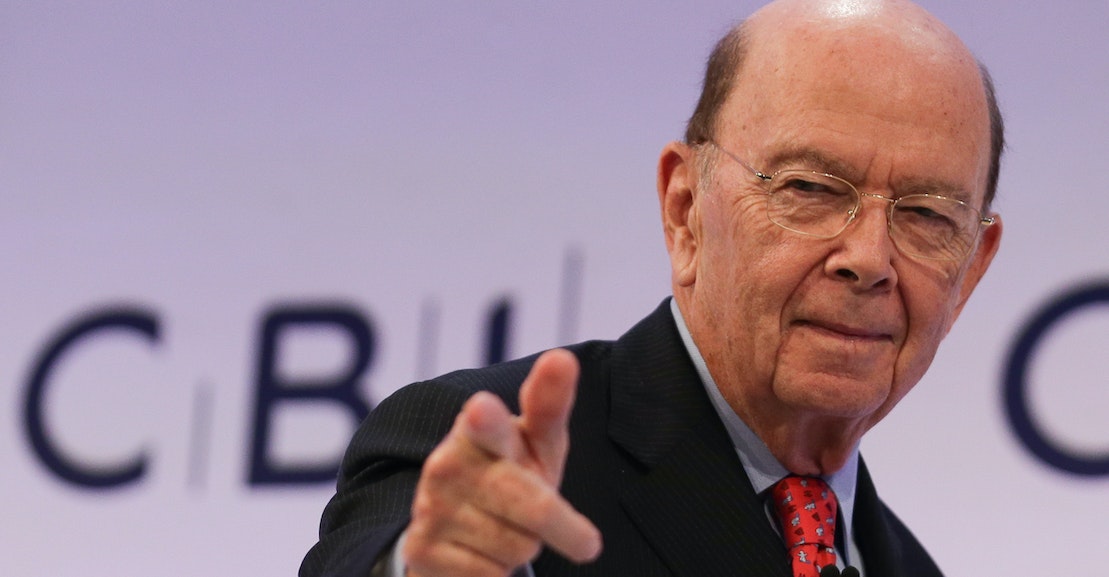 Let’s just get this out of the way right up top: Republicans like white people. The Anglo-Saxon kind, anyway. They like them better than people of color; they like them better than people who might self-identify as white themselves, but are considered in the United States to be “other.” People of Latinx decent, for instance, or as they are referred to in the United States census, people of “Hispanic origin.” Republicans don’t like them as much as “non-Hispanic whites.”

How do we know this? Well, now we know this because one of the GOP’s top advisors is on record saying so.

For much of the last two years, civil liberties advocates, Democrats, and some people who might know a thing or two about voting rights have been warning that the Trump administration is trying to skew the 2020 census by adding a question that would ask the country’s residents if they are U.S. citizens, either by birth or foreign-born and naturalized. Adding such a question—which has not appeared on the decennial survey in any form since 1950—would, according to enfranchisement watchdogs, discourage some of Latinx heritage from responding to the population count, and would also lay the foundation for altering how U.S. law defines “one person, one vote.”

It’s an open debate about which would be the bigger crime—both would shift political power away from cities and away from states with large immigrant populations—but the administration and its defenders have denied that this is what they’re after, couching the need for such a question in process and civil rights terms. Last week, however, someone found the smoking gun.

It came in an odd form: a twist one might expect from a John Grisham book. The New York Times reported on Thursday that the estranged daughter of Thomas Hofeller, the GOP operative who had “achieved near-mythic status in the Republican Party as the Michelangelo of gerrymandering,” had discovered some hard drives. Those hard drives—left in storage when Thomas died last year—revealed that Hofeller played a central role in the Trump administration’s decision to push for the citizenship question on the census. Why? No need to guess—Hofeller recorded it for posterity (or some other reason he took to the grave): Doing so “would be advantageous to Republicans and non-Hispanic whites.”

The revelations from Hofeller’s storage locker come at an interesting time. A vast coalition of groups is protesting the Trump administration’s move, and a case that is expected to settle the citizenship question’s fate, Department of Commerce v. New York, is currently being decided by the Supreme Court.

During oral arguments earlier this year, conservatives on the Court appeared to be sympathetic to a line of reasoning Trump’s Department of Justice was making in defense of the question. And now we know where some of that “resining” came from.

As the Times and others have revealed, the DOJ’s demonstrably false contention that a citizenship question is necessary to defend the integrity of the Voting Rights Act is first diagrammed in Hofeller’s files. In some places, the arguments that were made by the Department of Commerce (the agency that oversees the Census) are lifted, almost verbatim, from Hofeller’s writings.

The implications are profound even beyond the Commerce case and the citizenship question, which many fear is all but certain to appear on the 2020 census. If there had been any doubt, the Hofeller bombshell rips away any veneer of respectability from conservative arguments, revealing, once and for all, the partisan, racist underpinnings of GOP assaults on voting rights.

There is nothing to the contention that the added census question was inserted to help more minorities vote—the intention is and always was to suppress their ability to participate. Republicans have long feared a “demographic time bomb,” one that would outpace their traditional white constituencies. Rather than find ways to entice those growing populations—with, for example, attractive policy positions—the GOP has doubled down on excluding them from the electorate. Lowering the number of Latinx people counted by the census would aid Republican efforts to gerrymander away just representation for this growing population. That would allow for another decade of over-representation of non-Hispanic whites, who are, presumably, mostly by Republicans. This isn’t a post-facto analysis—Hofeller wrote it all down in advance.

The transition official responsible for the census, Mark Neuman, testified last year that Hofeller had informed him the inclusion of the citizenship question would “increase Latino political representation.” But a 2015 study found on the GOP operative’s hard drives suggested that it would do the opposite: “Adding a citizenship question to the census would allow Republicans to draft even more extreme gerrymandered maps to stymie Democrats,” according to the Times’s summary. The Times further shows it was that study that was at the root of the Commerce Department’s push to add the citizenship question.

But none of this will likely matter to the already VRA-hostile conservatives on the Supreme Court. These justices, according to Slate’s Richard Hasan, “took at face value the government’s assertion that the question was necessary to protect Hispanic voters, despite uncontradicted evidence that voting rights advocates don’t need the census data to defend their cases and despite the Trump administration not bringing a single Voting Rights Act Section 2 case defending Hispanic voters.”

“Most disingenuously,” Hasan continued, “some of the conservative justices rejected the uncontradicted scientific evidence—some offered by those working for the Census Bureau itself—that adding the question will depress turnout, especially among Hispanics.”

But even if it doesn’t influence the outcome in Commerce, the trove from Hofeller’s storage locker is still crucial evidence in the case against racist gerrymandering and other efforts aimed at explicitly reducing minority representation and participation. And in the case against Republican lies used in those efforts’ defense. When the GOP rails about “election integrity” and “voter fraud,” what they’re really talking about is suppressing votes—the absurd, process-driven arguments used to defend gerrymandered districts in states like Ohio, North Carolina, and Michigan, notwithstanding. Republicans might win on the citizenship question and other court challenges—and so they will continue to claim that their maps pass constitutional muster—but Hofeller was the cartographer on many of these maps, and the architect of many of the strategies used to make and defend them. And it is the materials found in Hofeller’s locker that now show everyone what’s really going on.