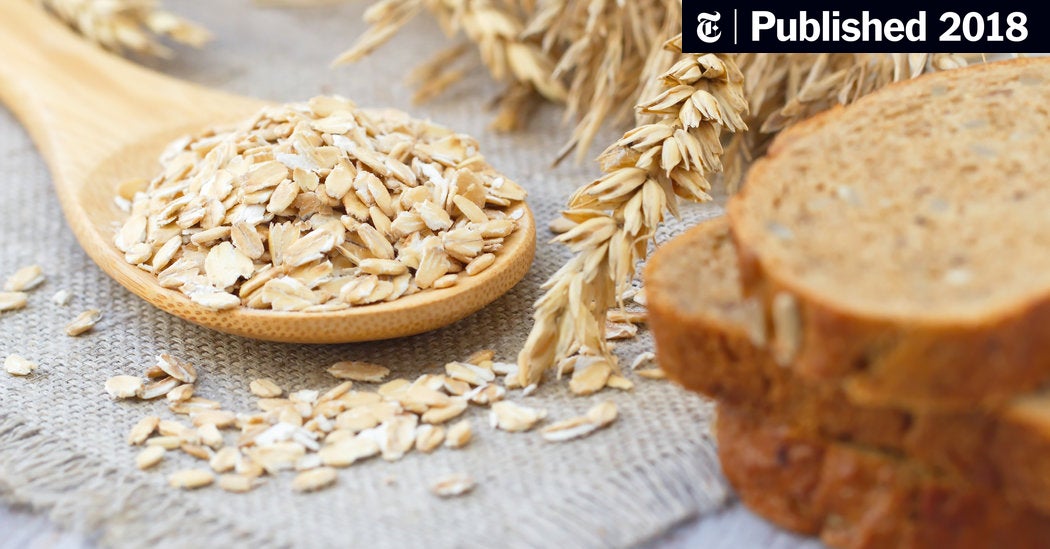 Q. How can foods like oats, which don’t contain gluten, advertise themselves as “gluten-free”?

A. While oats do not inherently contain gluten, they may carry the gluten-free label to allay concerns about cross-contamination with gluten-containing grains. Although most people can enjoy gluten-containing foods without issue, unintentionally consuming even small amounts of gluten can pose health risks for individuals with celiac disease.

“Commercial oats are often grown in fields that have previously grown wheat, transported by methods of transport where other grains are transported, and frequently milled in facilities that mill other grains,” said Dr. Peter Green, a professor of medicine who directs the Celiac Disease Center at Columbia University. Cross-contamination can also occur in storage silos or via shared harvesting devices or production equipment.

Gluten is a term for the proteins found not only in wheat but also in rye, barley, wheat varieties like farro and spelt, and triticale (essentially a cross between wheat and rye). Malt and brewer’s yeast also contain gluten. In addition to oats, other inherently gluten-free grains — such as millet, sorghum and corn — also have the potential to come into contact with gluten-containing grains, Dr. Green said.

Trying to maintain a gluten-free lifestyle? Here’s what you should know:

In order to carry the gluten-free label, a manufacturer must assert that a product’s gluten level is below the regulated threshold of 20 parts per million, a standard set by the Food and Drug Administration in 2013. But because use of the gluten-free claim is voluntary, many foods that are in fact gluten-free might not be labeled as such.

The regulation applies to products regulated by the F.D.A., including packaged foods made without gluten-containing grains or ingredients and dietary supplements, as well as to products like fresh produce and bottled spring water that are innately gluten-free. (Dr. Green said he considers the labeling of products like water that are, by nature, free of gluten “nonsensical,” noting that “one lady told me she was in Rhode Island and saw gluten-free sneakers.”) But it does not include meat, poultry or some egg products, which are regulated by the Department of Agriculture, or most alcoholic beverages, which are regulated by the Alcohol and Tobacco Tax and Trade Bureau.

There are two main ways manufacturers can produce oat products that are free of gluten. One is to grow, transport and mill the oats in dedicated facilities. Another method to ensure that a product contains less than the 20 parts per million limit is to mechanically or optically sort the oats from any gluten-containing grains. Such a sorting technique can be useful because commercial oats may contain as much as 2 percent “impurities,” meaning stuff other than oats, such as dirt and rocks along with other grains, according to Dr. Joseph A. Murray, a professor of medicine who directs the celiac disease program at the Mayo Clinic.

Dr. Green said there’s no “gluten police” that tests food product manufacturers’ gluten levels in the United States, the way the government has done in Canada, but unless a celiac disease patient experiences symptoms after consuming an oat product, his recommendation is, generally speaking, to trust the label.

Indeed, a recent randomized, placebo-controlled clinical trial among children in Italy confirmed the safety of oats for most celiac disease patients. Most experts encourage those with celiac disease to eat oats that are free of gluten because of their many nutritional benefits, which include high amounts of antioxidants and fiber that may have benefits for blood sugar and cholesterol levels.