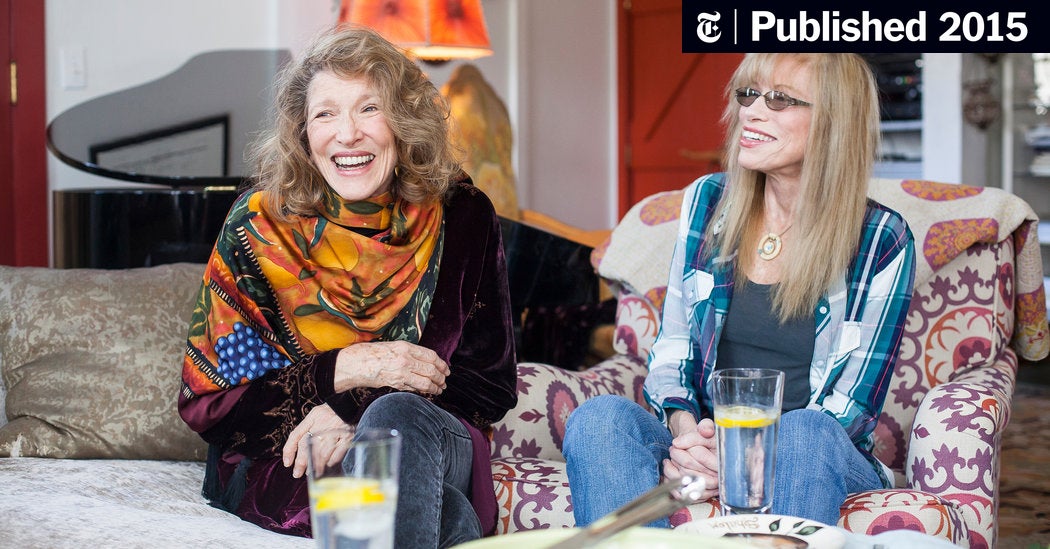 LS: A couple of days later, he said, “When should we get married?” I’d been waiting a year for him to ask. He said, “That schmuck Yuri Zhivago let that beautiful girl out of his life, and I’m not going to let that happen to me.” And we were married three weeks later.

CS: And 40 years later, she wrote a gorgeous score for the Broadway show.

PG: And you became a star. I would be acid green with envy if my sister became a superstar. Were you?

LS: My daughter Julie was a year old when Carly’s first album came out. Carly wanted me to hear it. So I brought Julie down to her apartment and listened to this amazing music with my daughter on my lap. I think I turned my sibling envy into maternal pride, a thrill that I would want my daughter to have this incredible work and outlet. Maybe I was in denial.

PG: Did it take long to get used to the new family order, Carly, from ugly sister to rock star?

CS: I still can’t do it. I felt guilty all the time for succeeding. And it replicated itself with my first husband, James [Taylor]. When my big single “You’re So Vain” came out, it went from 39 on the charts to No. 1 in a week, which was awesome. But they had stupidly put James’s record out at the same time, and I thought he had a much better song, “Don’t Let Me Be Lonely Tonight.” He had to be a good sport and say, “That’s terrific!” But I’m sure he was dying inside.

PG: You didn’t enjoy your success?

PG: Well, it didn’t work out that way. But it was a royal marriage with James, at least.

CS: It was a fishbowl. And when we had kids, there were always photographers outside, taking pictures of us, whether we were in a good or bad mood. It bothered James more than it bothered me. So I would try to comfort him. Of course, there were many other things wrong with the relationship. But my God, I loved him so much. I loved James the minute I saw him on the cover of Time magazine. And I will never love anyone again so much or in the same way.